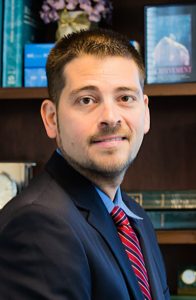 Michael Beane joined Moore Ingram Johnson & Steele in 2015 and currently serves as a partner in the firm’s Litigation Department. He spent the past six years practicing litigation and workers’ compensation defense with a prominent Florida insurance defense firm. He works primarily out of the Jacksonville office but handles claims all throughout the state of Florida. He practices primarily in the area Workers’ Compensation Defense and General Liability.

Mike lives in Jacksonville with his wife and two sons. He enjoys spending time with his family and friends, watching his son play soccer and cheering on the Florida Gators.