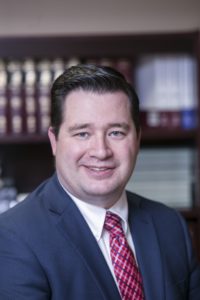 Pete attended law school at the University of Tennessee College of Law where he earned his J.D. with a Concentration in Advocacy and Dispute Resolution in 2012. While in law school, Pete participated on the AAJ Mock Trial Team, was the Articles Editor for The Tennessee Journal of Law & Policy, and interned at the United States Department of the Interior, and both the Davidson County and Knox County District Attorney’s Offices. Prior to joining Moore, Ingram, Johnson & Steele, Pete worked in a high volume family law and criminal law firm, earning a reputation as an effective negotiator and trial advocate for his clients.

Pete lives in Nashville, Tennessee, with his wife and daughter in the Inglewood/East Nashville area. When he is not devoting his time to law, Pete enjoys spending his time outdoors camping and hiking. He is also a fan of the Tennessee Titans.