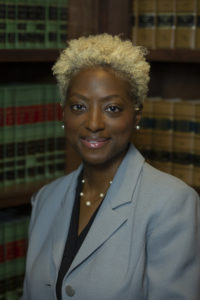 Sareena Beasley joined Moore Ingram Johnson & Steele in 2019 as a member of the firm’s Litigation Department. Born in Atlanta, Georgia, Sareena received her B.A. in Journalism from Mercer University in 2005 where she published an Investigative Reporter’s Manual for the Journalism Department.

Before attending law school, Sareena worked in radio, television, and non-profit management. Sareena received her J.D. from Emory University School of Law in 2015 and graduated with a Pro Bono Certificate of Recognition for the work she completed with the Atlanta Volunteer Lawyers Foundation and Atlanta Legal Aid. While in law school, Sareena served as a Student Attorney within the Barton Child Law and Policy Center’s Legislative Advocacy Clinic where she worked directly with senators and state representatives to develop policies that promoted and protected the legal rights and interests of children. She also received scholarships from the Georgia Association of Black Women Attorneys, the Gate City Bar Association, and the Georgia Association for Women Lawyers.

Sareena was admitted to the Georgia Bar in 2015 and began her legal career as a Plaintiff’s attorney practicing in the areas of personal injury and medical malpractice. Sareena later accepted a position as a Judicial Law Clerk/Staff Attorney to the Honorable Kimberly M. Esmond Adams in Fulton County Superior Court. Sareena also served as a prosecutor in the Fulton County District Attorney’s Office where she represented the State of Georgia in criminal proceedings.

She is enthusiastically involved within the community as an active member of Junior League of Atlanta, Delta Sigma Theta Sorority, Inc., and serves on the Zoning Board of Appeals for the City of South Fulton. Sareena enjoys traveling, attending music and sporting events, and spending time with family and friends.