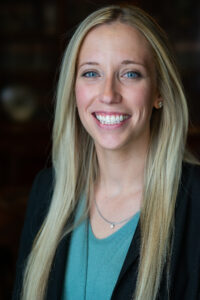 Taylor joined MIJS in September 2021 as an Associate Attorney in the firm’s Insurance/ Liability Defense department. She received her bachelor’s degree in History and Women’s Studies with honors from Furman University in 2016.

She was admitted to the State Bar of Georgia in October 2021, after graduating cum laude from Mercer University School of Law in May 2021. During law school, she served as the Vice President of the Student Bar Association and as a Student Ambassador. During law school, she competed on Mercer’s Client Counseling Competition Team and was a member of the Phi Delta Phi Legal Honor Society. Taylor also received CALI awards for Constitutional Law and Criminal Procedure. During law school she worked at the Bibb County Public Defender’s Office in the major felonies division and was sworn in under the Student Practicing Act.

Taylor currently resides in Marietta and enjoys spending time with her friends and family, going for runs, and traveling.