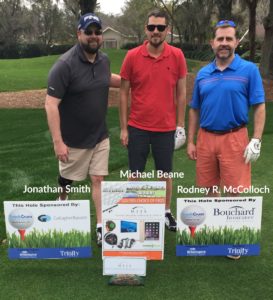 Moore Ingram Johnson & Steele was proud to be a sponsor and participate in the 9th Annual FrankCrum Golf Invitational benefiting Trinity Cafe February 12-13, 2017.

Trinity Cafe has served more than one million meals in Tampa since 2001 and their mission is “to restore a sense of dignity to the homeless and hungry while serving a nutritious meal.”

In an effort to keep you informed on both Georgia liability matters, and the ever increasing jury awards in Georgia, we would like to point you to a recent case that concluded in South Georgia.  A Lowndes County jury recently delivered an excessive post-apportionment award of seven million ($7,000.000.00) to a surgeon who suffered a head injury when he attempted to sit on a stool in the operating room in which he was working.  According to court filings, the middle aged physician had just completed a surgery, and was sitting down on the four-legged stool to write post-operative orders when the stool shot out from under him and he fell backward to the floor.  The physician, who had a very successful general practice and was a vascular specialist, had no recollection of the accident.  Plaintiff’s attorney claims that his client continues to suffer from seizures, cognitive and memory problems, and migraine headaches.

The case went to trial in Lowndes County State Court on January 17, after a court-order mediation failed to resolve the dispute.  The physician sued the hospital based on the claim that the stool that injured him in the emergency room, despite the fact that he had used the same or same type chair hundreds of times before in the same or a similar setting was inappropriate for the type flooring in the operating room. Basically, the plaintiff claimed that the stool at question, despite its successful use by thousands of physicians in operating rooms around the country on a daily basis, was an unreasonable danger known to the hospital.  The key to the plaintiff’s argument was proving that the hard plastic casters on the stool at issue were not appropriate for the hard floor.  The claim was bolstered by testimony from other Georgia Medical Center staffers who had reported similar instances of people falling from the stools. South ed on carpets and soft surfaces, while softer rubber wheels are suitable for hard surfaces such as the one involved in this accident.  Expert testimony at trial, which was not overly complicated, centered on basic safety standards calling for hard casters or wheels such as those on the stool to be usnt.  The hospital’s reasonable defense, which unfortunately proved to be ineffective, was that “rolling stools roll”, and the physician “knew he had to be careful” because he had performed thousands of surgeries utilizing a rolling stool and was well acquainted with their use.

Unfortunately, this is yet another example of the growing trend of out of control jury verdicts.

Please do not hesitate to reach out to me if you have any questions or concerns about the above referenced matter or others.

Moore Ingram Johnson & Steele ranked among one of the top twenty-five law firms in Atlanta.

Moore Ingram Johnson & Steele has offices in 8 locations including Tennessee, Florida, South Carolina, Kentucky and Florida with over 90 attorneys and 10,000 clients.

On behalf of Moore Ingram Johnson and Steele, we hope you had a great 2016 and we hope 2017 is even better. We're looking forward to a great 2017 because of you, our clients. Thank you so very much, enjoy the celebration over the weekend and we look forward to seeing you in the new year. ~ John H. Moore, Partner 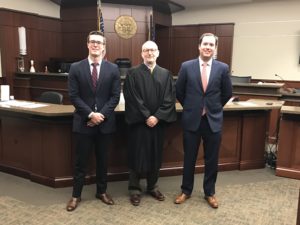 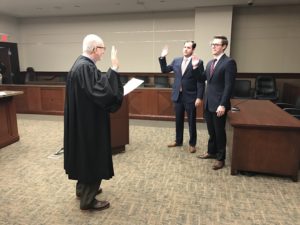