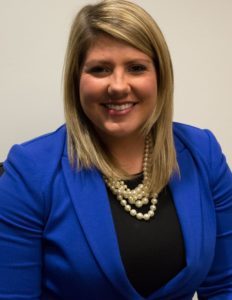 Rotaract Club of Lexington announced the 2018-19 leadership and Allison Helsinger, an associate in the Kentucky office, is the newest secretary. Join us in congratulating Allison!

Allison Helsinger joined Moore Ingram Johnson & Steele in 2014 as an associate in the firm’s Lexington, Kentucky office. Practicing primarily in Workers’ Compensation Defense and Insurance Defense, Allison is a member of the firm’s Civil Litigation department. 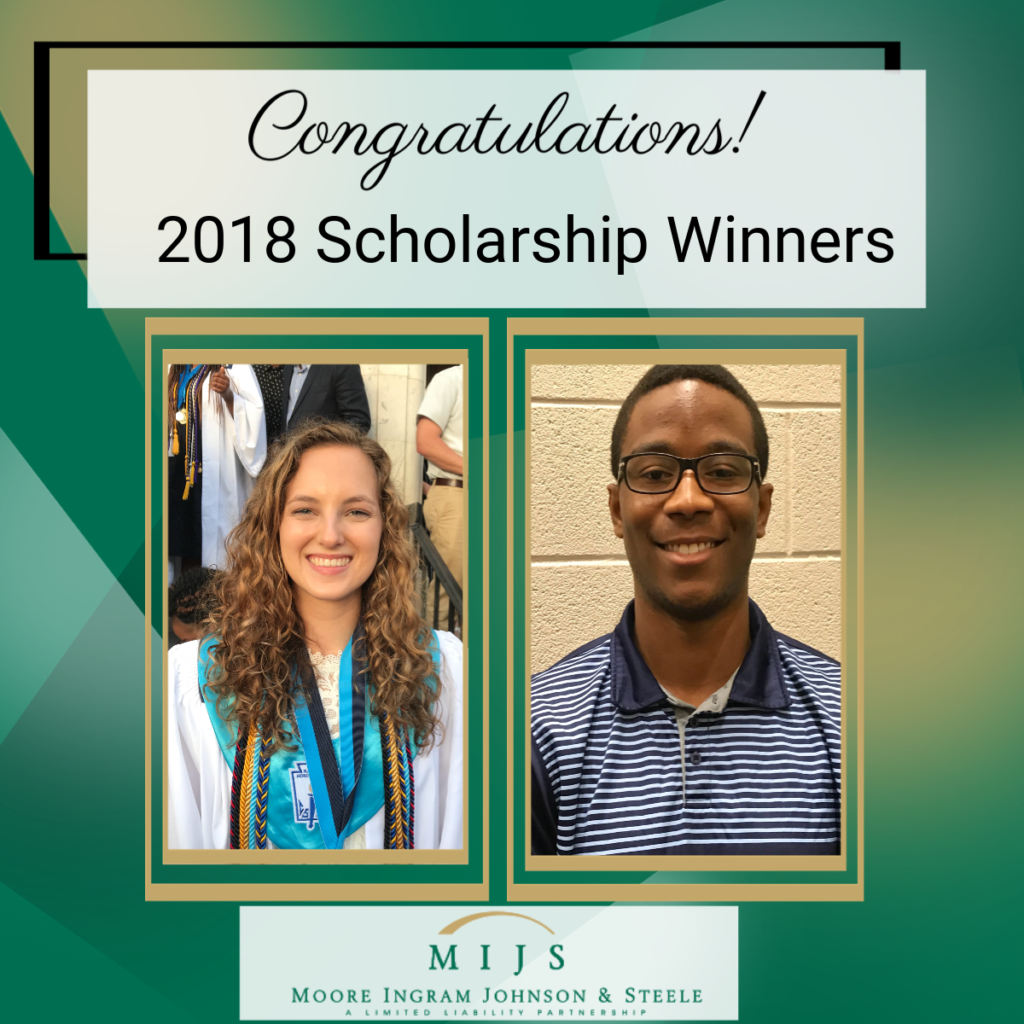 This year’s scholarship winners are Xavier Scott and Mary Eldridge. Xavier was a Commander in the Air Force ROTC at MHS, and will be attending Kennesaw State University this Fall. Xavier would be the first member of his family to graduate from college, and he hopes to pursue a career in naval aviation. Mary was the 2018 MHS Valedictorian and Student Body Co-President, and she will be attending The University of Georgia. Mary will be pursuing a degree in Environmental and Public Health at UGA.

MIJS Scholarship Foundation Inc. was created in 2006 as part of our firm’s community outreach efforts. Our firm is keenly aware of the potential of higher education to transform young lives, so we have partnered with Marietta High School to provide annual scholarships to deserving students who show academic promise and demonstrate financial need.

Many but not all of the MIJS scholarship award winners are first-generation college students, and the firm is confident that our scholarship is helping these young people achieve a better life through education which will benefit Cobb County and our wider community for decades to come.

Since 2006, MIJS has awarded over $300,000.00 dollars in scholarship funds to deserving students. As of June 2018, we have 15 college graduate award winners with 6 more students still enrolled in college. 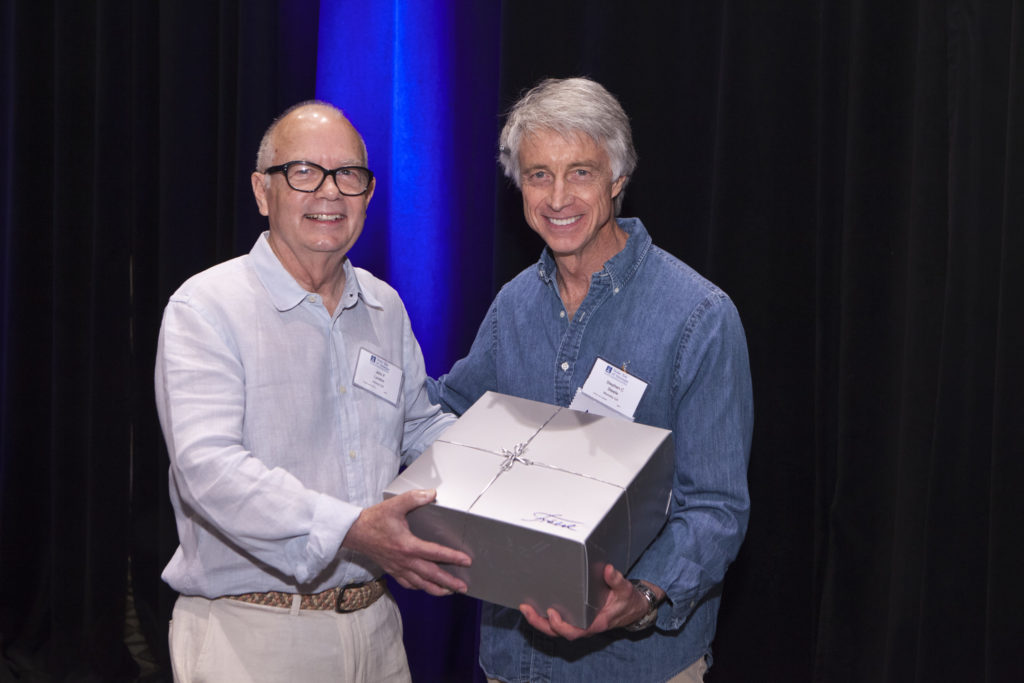 The award is given in recognition of the person who the Section deems to have most exemplified the aspirational qualities of professionalism in their practice as a lawyer and/or a Judge. He is so deserving of this honor! 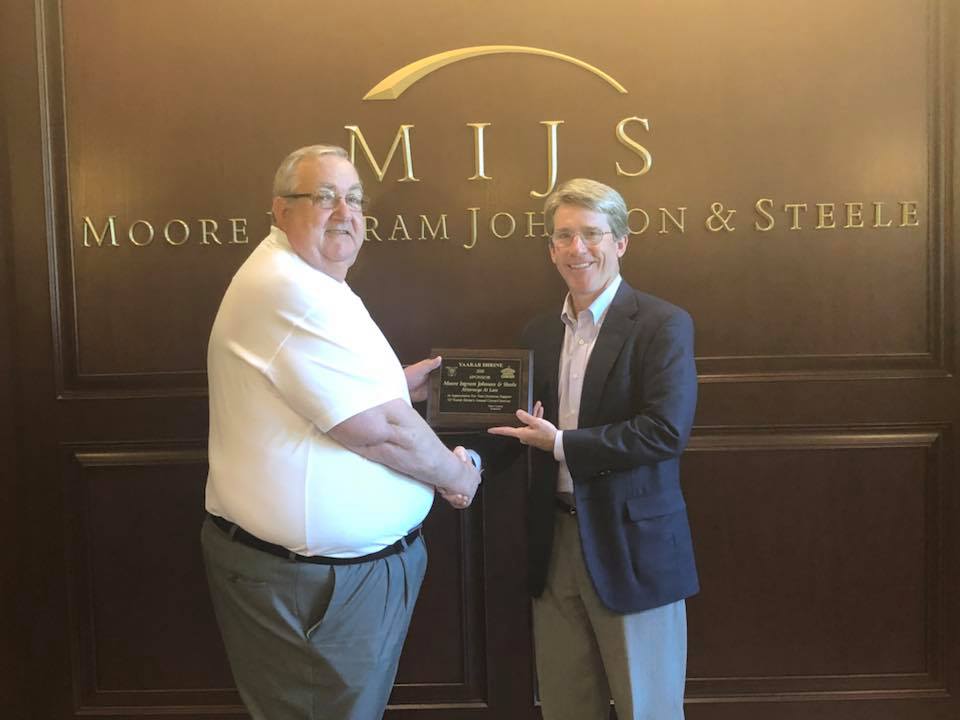 Partner Kevin Moore received a plaque on behalf of Moore Ingram Johnson & Steele for its donation to the 2018 Yaarab Shrine Circus to benefit the Shriner Children’s Hospital.

ATLANTA, GA – Attorney General Chris Carr today announced that law firms and legal organizations across Georgia raised a record breaking 400,325 dollars and 18,809 pounds of food during the 7th Annual Georgia Legal Food Frenzy. This is the equivalent of 1.61 million meals for Georgia’s food banks and a 21.3 percent increase from last year.

“Our legal community has decided that we cannot sit idly by and allow any child in Georgia to worry about where their next meal is coming from,” said Attorney General Chris Carr. “Because of the dedication and passion of lawyers across our entire state for the Georgia Legal Food Frenzy competition, approximately 1.61 million meals will be delivered to those in need this summer. I want to thank each and every individual who helped lead and contribute to these record-breaking efforts. You’ve truly made a positive impact on the lives of your neighbors.”

A total of 235 law firms and legal organizations, representing more than 17,000 members of the legal community, competed for the two grand prizes: the Attorney General’s Cup awarded to the team with the most points per person and the Bar President’s Award given to the team with the most overall points. Every 1 dollar raised is 4 points and every 1 pound of food is 1 point with various bonus point opportunities.

“The Legal Food Frenzy results this year are incredible and show how truly committed Georgia’s lawyers are to ending hunger,” said State Bar of Georgia President, Brian D. “Buck” Rogers. “Thank you to all members of the legal community who joined us this year, and thank you especially to the young lawyers who helped lead these important efforts to support Georgia’s food banks and those they serve.”

During the final days of the competition, Attorney General Carr issued a challenge to individuals and firms to donate the equivalent of one billable hour during the competition by saying, “As the phrase goes, time is money… What better way to dedicate our time than to fighting hunger?” Many responded to his call, with over 120 individuals and companies personally donating 500 dollars or more. Those major donors are listed as Legal Food Frenzy VIP’s here.

“The energy and commitment of the legal community was astounding this year,” said Executive Director of the Georgia Food Bank Association Danah Craft. “People don’t realize that for many kids, the end of school year isn’t a happy occasion. Over 60 percent of Georgia’s children rely on free and reduced lunch at school, but when school is done so are those meals. The 1.61 million meals that Georgia’s legal community raised will be critical in ensuring these kids have proper nutrition all year-round. Thank you to the Attorney General’s Office, the State Bar, the YLD and every single person that made this year a resounding success.”

Since its inception in 2012, the Georgia Legal Food Frenzy has raised the equivalent of 7.2 million meals for Georgia’s food banks. 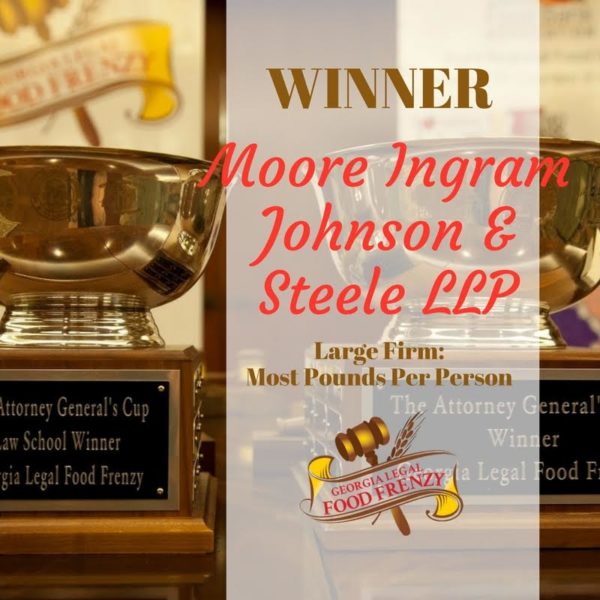 Moore Ingram Johnson & Steele LLP won the Large Firm Pounds Per Person category once again in the Legal Food Frenzy competition with 257 pounds per employee, the most computed pounds (includes bonuses) per employee of any large firm.