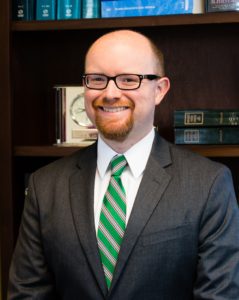 David has served as a felony trial attorney, as well as a felony division chief for the State Attorney’s Offices in both the Twelfth and Tenth Judicial Circuits of the State of Florida. Now he practices primarily in the area of Worker’s Compensation Defense.

David has two children and enjoys college football and donating his time to the Symphony Guild and other local organizations.