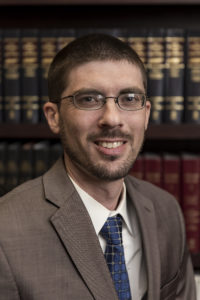 Ryan Edens joined Moore Ingram Johnson & Steele in 2011, after over two years practicing litigation and workers’ compensation with a prominent East Tennessee plaintiffs’ firm, and works out of the firm’s Tennessee office. He practices primarily in the areas of General Liability and Workers’ Compensation Defense.

Ryan received his B.A. in Honors History and Political Science from the University of Tennessee in 2005, where he graduated summa cum laude. He received his J.D. from the University of Tennessee in 2008, where he was a published member of Transactions: The Tennessee Journal of Business Law. He was admitted to the Tennessee bar in 2008, where he is admitted to practice before all state courts and the United States Federal Court, Eastern District. Ryan has tried jury and non-jury cases in courts throughout Tennessee, and successfully argued multiple appeals before the Tennessee Court of Appeals and the Tennessee Supreme Court Workers Compensation panel.

Ryan lives in Knoxville and enjoys rooting for the Tennessee Vols, playing softball, traveling, and spending time with his family.