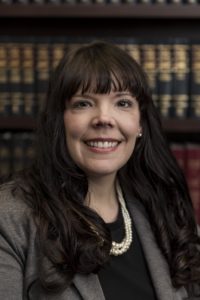 Sarah Best joined Moore Ingram Johnson & Steele in 2010 and works out of the firm’s Tennessee office. She practices primarily in the areas of Workers’ Compensation Defense and General Liability.

Since 2008, Sarah has focused her practice primarily in the area of workers’ compensation defense. She has represented a countless number of clients in both Tennessee and Kentucky and has litigated claims in the administrative arena, as well as the Circuit and Chancery Courts of Tennessee and the Bureau of Workers’ Compensation, Court of Workers’ Compensation Claims. She takes pride in representing her clients with professionalism, respect, prompt communication, and proactive handling of claims.

In her free time, Sarah enjoys traveling, Tennessee sports, and spending time with her family and friends.