MIJS’s captive clients are business owners who choose to take control of their risk management processes by insuring risks via our captive program which are either too expensive or non-existent commercially. By doing so, the insured business has the ability to tailor coverage that specifically addresses each insured’s true risk exposures. This allows the insured business to not only dictate policy terms and conditions but to also retain greater control over the claims process.

If the client and MIJS agree that a captive makes sense, our team of attorneys and insurance professionals will begin the application process which includes drafting corporate formation and governance documents, preparing a business plan and related documents to be submitted to the department of insurance, as well as policy drafting. MIJS has made the choice to only form and manage captives in US domiciles with regulatory environments that employ strict regulatory standards but are also customer friendly and responsive.

After the captive is approved by the department of insurance, MIJS will handle all aspects of captive management including, but not limited to, the production of quarterly financials, preparation of annual filings with state and federal regulatory agencies, policy drafting, reinsurance, and claims resolution. 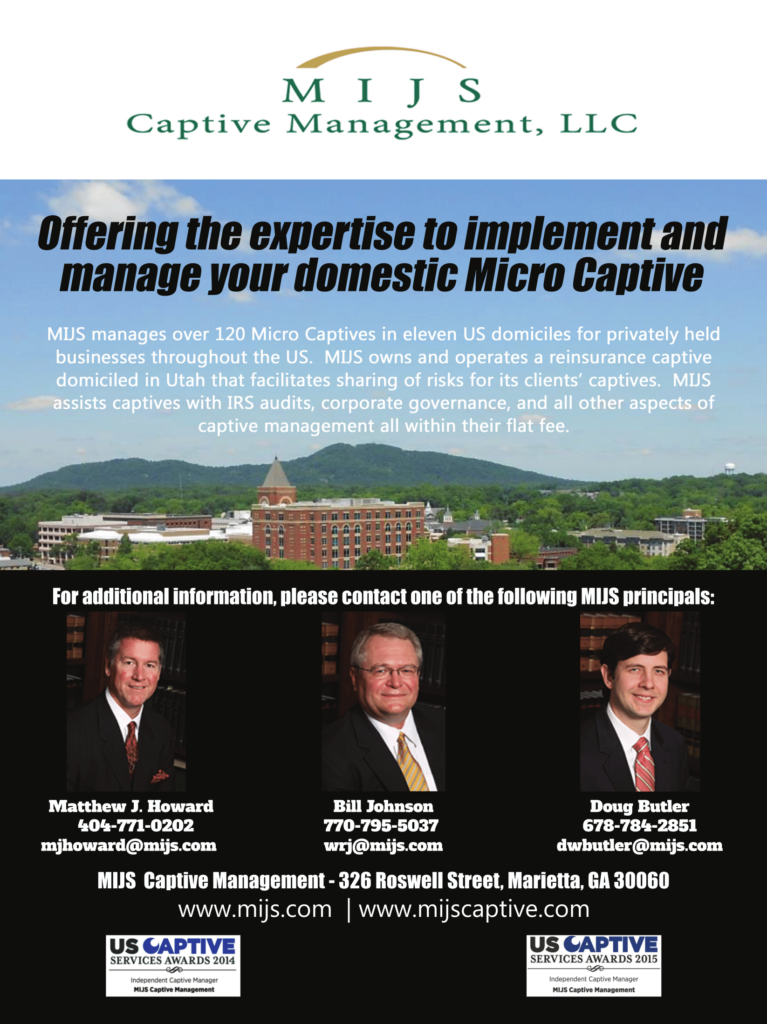